31 years after creating and installing the "Boy and Dog" in downtown Langley, Georgia was honored for her contributions to public art at a ceremony held at the park where the sculpture is located. The event was part of the International Sculpture Day celebration on April 22.

Good friend and long time supporter Pam Schell introduced Georgia. Sculpture Northwest President Wade Marlow represented his organization. Langley Mayor Tim Callison presented Georgia with the City's "Pin of Excellence", noting not only her achievements in the Arts, but also her ongoing role in the community and support of local non-profits. http://www.langleywa.org/ 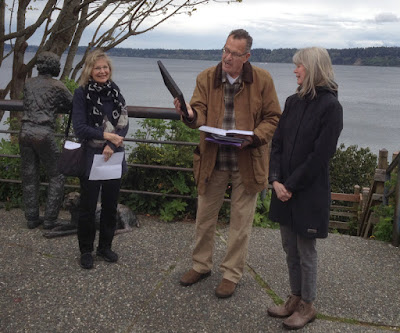 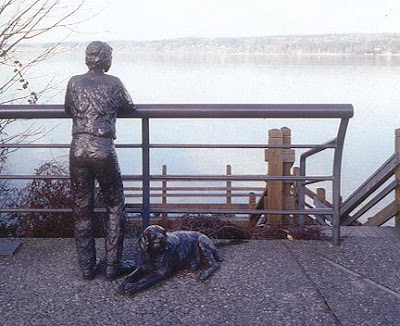 Other News and Photos 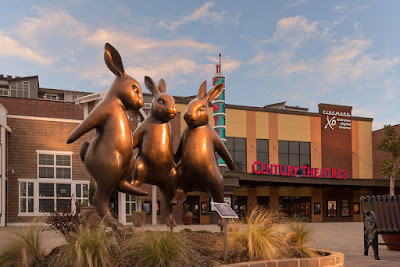 Hip Hop has become a focal point of the Point Ruston Community on the Tacoma Waterfront. Originally installed on a trial basis, it has now been purchased and will remain as a permanent installation.
http://www.pointruston.com/ 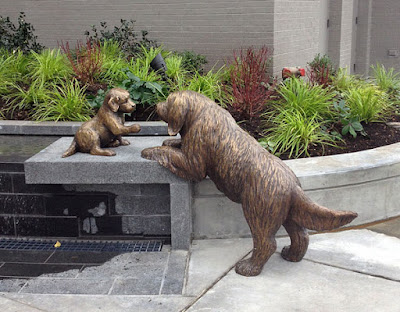 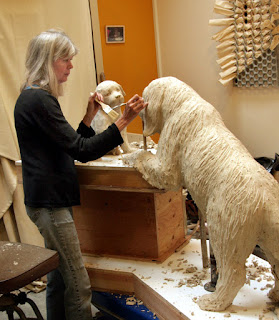 The sculpting stage. The dimensions of the proposed site are replicated in the studio. Always a little dicey when working from architectural drawings but the bronze fit nicely. 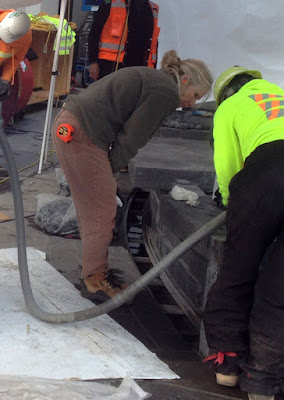 Long time assistant Virginia Keck on site for the hectic installation day. The Fountain was being completed and the Sculpture installed at the same time - two days before the grand opening. The place was buzzing with finish workers. Made it. 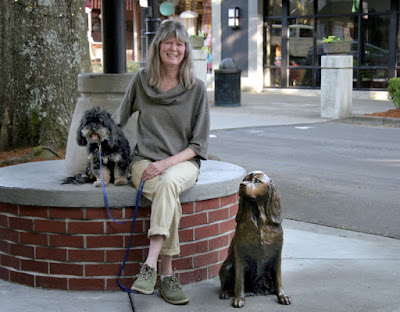 The City of Camas, in Southwest Washington, has a burgeoning public art program. Here is Georgia with Arlo and her Springer Spaniel, installed in the fall of 2015. This year the city will be installing a series of 13 of Georgia's birds throughout downtown, creating a sculptural version of an urban bird watching tour. 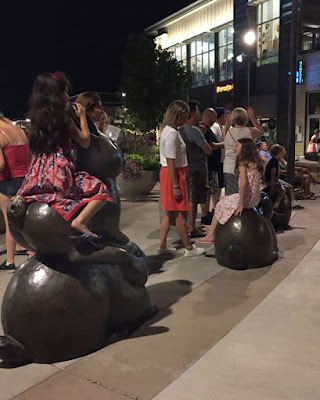 "Leap Rabbits" was placed at Prairie Fire in Overland Park, Kansas, in 2014. The owners sent this photo to show how the sculptures have been received. 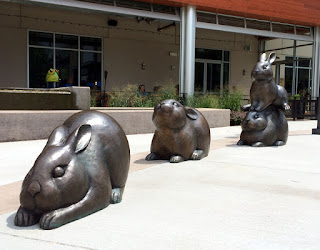 Posted by Georgia Gerber at 1:02 PM No comments: