Bench/Sculpture - Take an Artful Load Off 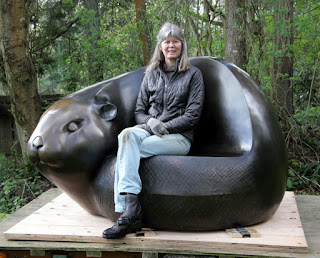 Late last year an admirer of Georgia's work asked if she would consider designing a bronze bench. Georgia agreed to explore the idea, so long as she could integrate her artistic style and love of natural forms. The first maquette was so charming, she kept going and produced three different possibilities. Our patron loved all three, and so the arduous process of turning three small clay models into large functional bronze sculptures began. 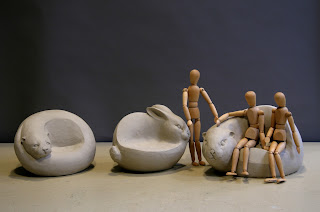 The first step was to have the models digitally scanned and enlarged into foam replicas at the correct scale. This took some back and forth with the enlargement folks, Additive Workshop of Wilsonville, Oregon, as we tried to arrive at the best overall size for each bench. Once the foam enlargements were cut out, Georgia and our long-time friend/neighbor/employee Suzanne Schlicke covered them with about 1/4" of clay and then Georgia re-sculpted the entire surface to achieve the desired detail. 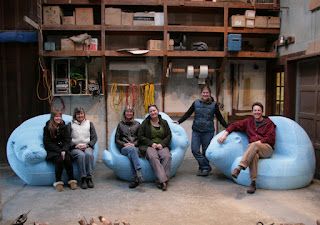 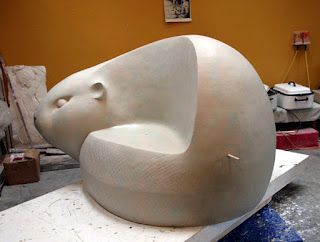 We delivered the finished full sized sculptures to our foundry partner, Reinmuth Bronze, in Eugene, Oregon, who spent the next month or so making incredible rubber molds of the the individual benches. The relative simplicity of the flowing forms suggested that they could be poured as a single wax, which would help preserve the integrity of the form as opposed to painting the wax into multiple mold sections. The wax copies were then cut into individual cast-able sized pieces, and the resulting bronze sections were fabricated together to produce the completed sculpture. 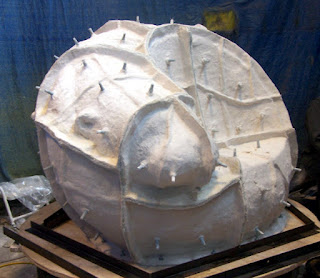 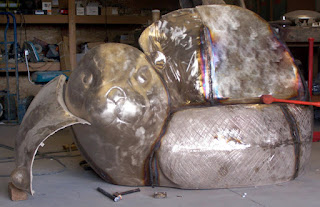 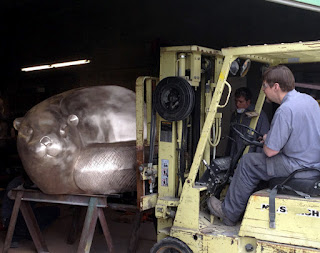 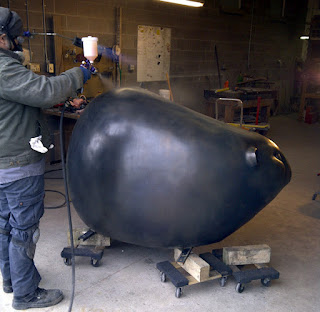 The first completed bench shipped out last Monday, with the others hopefully following in about three week intervals. Our grateful and appreciative thanks to everyone involved in this project. 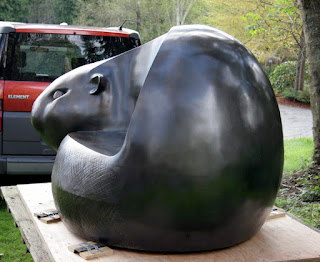 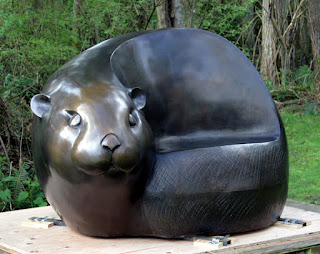 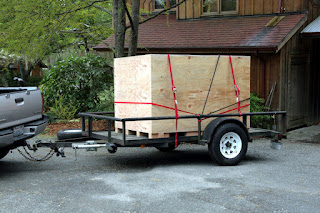 Posted by Georgia Gerber at 7:13 AM 2 comments: